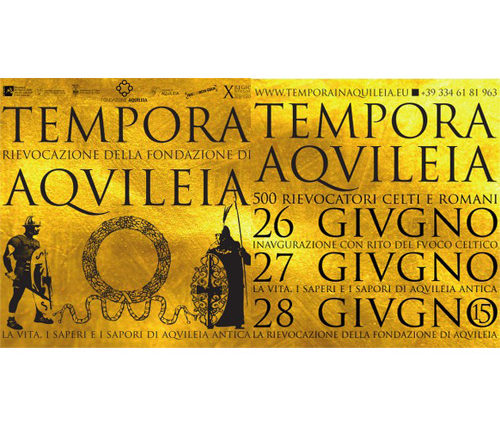 Is a trip in the time, where rediscover the history, events and traditions that have to cause at the foundation of Aquileia, city recognized humanity heritage. Aquileia was one of the most rich metropolis of Roman Empire during the supremacy of Cesare Augusto. “Tempora Aquileia” is a big commemoration that for 3 days, from 26th to 28th June 2015, will make to live again, with 500 Roman and Celtic actors, the atmosphere of the foundation of Aquileia in the 181 a.C. Will be possible to live again the old market, the battles, the dances and the sound of a distant time.

Want to join the discussion?
Feel free to contribute!

This site uses Akismet to reduce spam. Learn how your comment data is processed.