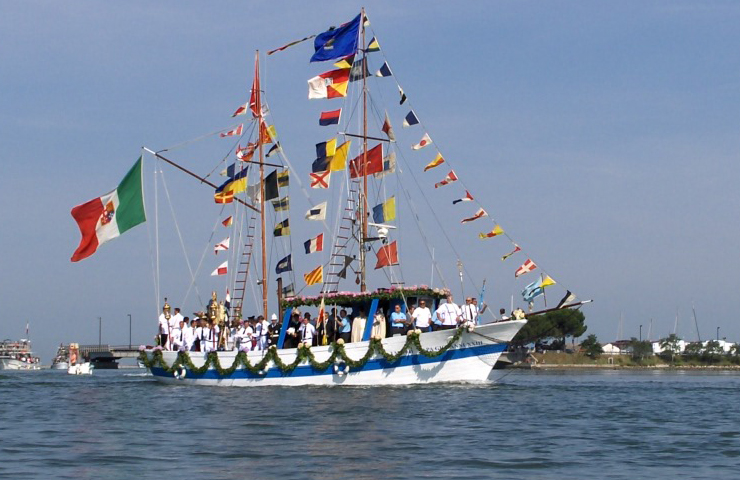 The history of the pilgrimage of the “Perdòn di Barbana” dates back to 1237 when Grado was saved from a terrible plague. Every year, on the first Sunday of July, an evocative procession of sumptuous and swallowed boats moves in the lagoon from Grado to Barbana. The procession, which begins early in the morning, is guided by the “Star of the Sea”, the boat that carries the statue of Our Lady of the Angels, usually kept in the Basilica of Grado.
On this occasion, the revolving bridge connecting Grado to the mainland is opened and the civil authority gives a symbolic gift to the friars of Barbana.
The weekend is preceded by a series of cultural and entertainment events that culminate in the procession of boats to dissolve the ancient vow, public and solemn, professed in perpetuity by the civil community for the liberation from the most serious and deadly plague among those that struck the region in the Middle Ages and modern times.

Want to join the discussion?
Feel free to contribute!

This site uses Akismet to reduce spam. Learn how your comment data is processed.